What’s happening bootleggers and online criminals? Yes, the angry white guy is back with a whole new set of drunken bar slander. There’s a lot going on in the sick, corrupted world of mainstream —

50 Cent just raped Worldstar and its owner, Kid Cudi is doubling up on the liquid cocaine and going rock n’ roll.

Juelz Santana’s studio session gets raided by the berries and cherries, my left testicle keeps hurting, and Wiz Khalifa finally announced the release date of his new album (but I ain’t posting it here!)

G-Unit member 40Glocc was arrested for possession of a handgun, Diddy is being sued for millions by a woman who claims he blew up the twin towers (it was Bush.)

Nas owes $6 million in taxes (almost as much as he pays his bitch of an ex-wife), Nicki Minaj announces her new app for Smartphones (haha), and yes, my left nut hurts. Jersey Shore – For the first time ever, I caught a glimpse of this show and all I could do was stare at my hotel window like it was going to be the last thing I saw before hitting the street below me. It’s crazy this is what people watch now days, people just wanna sit around their couches and watch a bunch of fake Italians show off for the camera. MTV is fake, people! Yeah the physicality is real, but the direction and storylines are all brought to you by fortune 500 advertisers and coked out producers! WAKE UP YOU FUCKING IDIOTS!!! When I was a kid, our version ofÂ  “Wild & Crazy Kids” was some teens in neon shirts sliding around and playing games, these newer generations version of “Wild & Crazy Kids” is “16 & Pregnant”, and “Skins.” WHAT THE FUCK IS SKINS? That show just had the Parents Television Council claim child pornography, I’VE BEEN CLAIMING THAT ABOUT MTV FOR YEARS! It’s not just the show that is sexually assaulting the kids, it’s the channel and its owners (same people who own BET, VH1, Nickelodeon *wink*wink*.) As someone who was born and raised under the Italian culture, who literally just got done eating a plate of his own homemade lasagna, I hope you all burn in Jersey hell for the rest of eternity, you don’t deserve to call yourself Italians. The Game – If you’re a fan, a hater, or someone who’s barely heard of The Game, you know there is nothing he loves more than to drop names in every song. Sometimes you’d think he wasn’t even rapping and just reading out of a phone book. I personally don’t care for it, maybe if there was an element of wordplay or some kind of punchline delivered with the name I would think differently, but he just name drops (tell him to look up the term “Nameflip”.)Â  But the rich, college educated folks over at XXL have dissected his newest mixtape release “Purp & Patron”, and offered up a better look at his ability to drop names like a Graduation speaker. Peep it like some free titties… Gucci Mane – Man, man, man… I truly feel bad for kids these days. If there was ever going to be a black version of Vanilla Ice, ladies and gentlemen, Ben’s & Jerry’s, I bring to you Gucci Mane… So, let me get this right? You go and get an ice cream cone tattooed on your face? Why? Why Gucci? WHY? You got that “Lieutenant Dan, Ice Cream!” thing going on there… Now, I never really liked this guy. The only reason he is big right now is because the industry needs to dumb you down as a listener, and what better product of de-evolution than a retard with a beer belly & a ice cream cone tattooed on his face? Fool just got out of a mental ward, he’s about to go back to jail for the 100th time, nice way of giving the kids someone to look up to mainstream. LASERS IN STORE MARCH 8TH!!! Mac Miller – I don’t know what anybody sees in this stoner. This guy looks like someone who got kicked out of one too many suburban house parties. He has no “wow factor” what so ever, as a fellow honkie I have to say “we can’t waste our chances!” It makes me sick to see so many decent white rappers sit on the back burner so Gucci wannabe’s like this can hog up all the microphone time. It’s obvious they’re bringing this guy in to pitch-relieve for Asher Roth, but come on, Asher Roth kills this fool. But what about the other cats, Apathy? Copywrite? Necro? Aesop Rock? That little midget from Chelsea Handler’s show is a better rapper than Mac… Mac Miller = Whack Filler. Oprah – They’re like “no way white boy, you ain’t going at Oprah!” Damn right I’m going at Oprah, mother fucker! Now… She’s been talking shit about hip hop for a long time. But recently after promoting Jay-Z’s new book on her show in Australia, she seems to have a new take on the sound. What makes me constipated is how she likes hip hop now? WHAT? She likes it now, when it’s at its worst? Why didn’t she like it when it was at its golden peak and people were truly inspired by the genre? Sounds like some marketing shenanigans to me, right Farva? What’s really going on with Viacom? We all know deep down inside you still constitute hip hop as the shit they play on the radio, that isn’t hip hop, that’s white propaganda, and as a woman of your stature, you need to remember your not the Statue Of Liberty, some of us dogs will bite back. You don’t like hip hop, you like Jay-Z’s bank account.

Well like an insecure girl with herpes, that wraps it up for me. I’d like to thank my sponsors, Google… I’d like to thank my haters, keep on hating, I got plenty of tea bags to spread around so get those cups out. I hope you all enjoyed my take here at the end of this bar table, now go back to your little shit kicker and enjoy some Soulja Boy. And in case you forgot, real hip hop still exists, surf the web and check it out, you might be amazed. AND READ A BOOK! Turn off MTV… 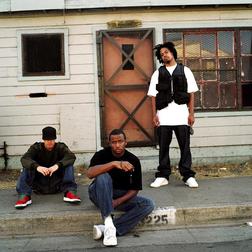 New video from the Bay Area lyricists Zion I & The Grouch.

The second single off The Game’s L.A.X album featuring none-other-then Lil Wayne. The name of the hip hop… 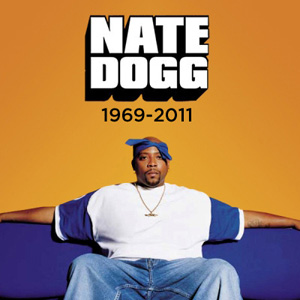 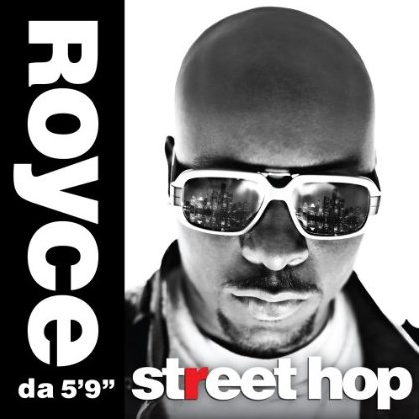 Royce’s highly anticipated Street Hop album has leaked to the internet. The album has been in the works… 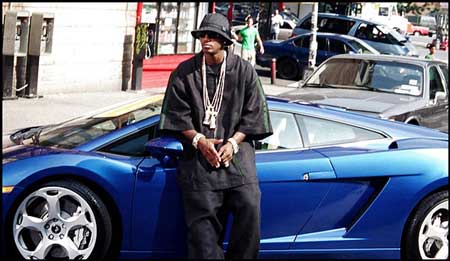 Rappers are not exactly known as the most intellectual people in the world. Rarely being educated beyond the…