First it was that horrible “I’ma A Slick Rick” diss that was heard all around the world (*cough*). Now, only god knows why, it appears Nick Cannon is calling out his arch-nemesis/hip hop Heavyweight Eminem to a Charity Boxing Match (he’s even gone as far as asking MC Hammer to partner up with him in a wrestling match against Eminem & Jay Z — on Twitter of all places).

A day late and a dollar short, this media-tactic seems a bit past its prime, but it’s not stopping Nick from defending his honor. He’s getting so tough, he made a FACEBOOK page to advertise the deal (and by looking at the Facebook comments, everyone is on Eminem’s side — some comments are down right brutal).

Click here to listen to his audio from CANNON’s show, where the incident is discussed in Ryan Secrest fashion.  Bottom line, Nick your lame ass is never gonna win this battle, why he’s even trying is beyond us. You got the girl, you have her money, just move on man.

Jay Z speaks on the entire Rocafella situation. How he sees the future. In another XXL mag interview,… 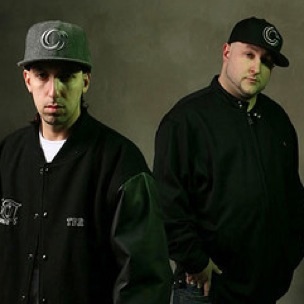