I think everyone will enjoy this “sit down” with the rapper. We will also have an exclusive for you at the end of the interview! Illestlyrics.com : Thanks for doing this interview Silas. I love having a forum to introduce people to fresh new talent, and talent is definitely something you have. I recently heard your new single not me, the atmosphere on the track is incredible. What was it like being in the studio, and putting this track together?

Silas : Thats whats funny, I wrote not me faster than any other song i have done. I think this was just because its all truth, I’m just putting my story down into words, not adding too much bullshit. the Atmosphere of the studio was another big thing! we did this song at Damizza’s house of hits. Which is really at his house. The difference there is, you feel at home, not pressured by an industrial type studio.

Silas : Oh and first off thanks for having me here!

Illestlyrics.com : Interesting. So they just let you, do your thing. The song is almost like a novel, in the sense, that you have the dreams, the hopes, and the realization that they are coming true. Do you think that analogy works?

Silas : Thats exactly how it was meant to come across! the third verse is the realization that shits coming true and at the same time, trying to give out some advice. We know the music business is nasty, and I had just experienced that before i wrote the song. That motivated me to do a more inspirational style track. As For Damizza’s Pad, yes everybody does there thing there. In a normal week you can see everybody from Guilty, to “Jedi” Jared Moore (Prod. Butch Cassidies “Swagger”) to Young De ( of Tangled Thoughts)

illestlyrics.com: Sounds like it. One line in the song really sums it up for me though, “I’m just to zealous, you’ll motherfuckers are jealous”. Zealous, of course, means devoted. What makes you this dedicated to living out your dreams?

Silas : If i was lucky enough to be put with a producer like Damizza, I better see this shit through! Simple as that! How can someone givin this opportunity, let it just slide by? I figure it as, this is my one shot, the only one I will ever get. And I see music as a powerful tool, more powerful than TV, maybe even myspace (haha). Its one thing when my words could be echoing over and over again in someones mind.

Silas : Everybody wants to be remembered, I think this is the best way (music).

Illestlyrics.com : Great points. So, more than anything you want to be remembered?

Silas : ha well, kinda. I want to have influence as well, I feel that were I’m at in in music right now. is the correct spot. The team I’m working with are some of the coolest dudes you will ever meet. Its really a TEAM, no one is being selfish. I feel that if I can make it with these guys on my back, we can be remembered for doing the right thing. For the better of music, and all that. Don’t mean to get to passionate about it, ha

Illestlyrics.com : Who is this team?

Silas : Oh man, Thats actually a big question. On the home front we got Damizza, Guilty, which is made up of Los (Prod. Crusin’) Sly, Dopey Loco and me, Silas. “Jedi” Jared Moore, Toni Corelone, And Fresh. Young De, Toni, And Even Bishop Lamont plays a big part as well!

Silas : we even have Sjoko! who mixed for Huge ma fuckers like “The Who” And “the Rolling Stones” Riding with us!

Silas : Its basically a takeover operation in progress ha ha!

Illestlyrics.com : Ha ha. Great. I want to get back into your group and all of that, in a second. First I want to know, where you grew up, and what it was like.

Silas : I was Born and raised in Santa Barbara, CA. Mighta heard of it, its were opera lives, ha! It ain’t Really what you would call the “Ghetto” but it does have its rough spots. There is hoods, there is gangs, but i was never really apart of that. I just had a tough home life, ma’ was single and poor,no money for food, that kinda thing. So I kinda grew up in a constant state of stress. Fucked up big time in school, graduated but lord knows how.

Silas : I could never really see myself doing anything career wise. Everybody would get all excited about college and shit. I just never had the grades.

Illestlyrics.com : When did you figure out that rapping was going to be your career?

Silas : ah, as I said never had good grades, but I was still interested in English, you know writing, poetry all that shit. But I think poetry was the key word. Someone once told me that poetry was basically rap. And no joke, one day it popped back up into my head. I knew that was it. Started learning how ta stay on beat and all that, and Shortly after formed up with Guilty.

Illestlyrics.com : Yah. I also noticed you have a lot of skill as a writer. Who were your influences?

Silas : Number one is Pac, ha i grew up in cali! but besides that i never really stuck to one side. Mobb Deep, Nas, BIG, Eminem and Kurupt. Real lyrical foo’s. And Once I met Bishop, He also shot up to the top of the list! The Dude is the coolest person, and has the most fuckin talent your gonna hear for a long time.oh, not only that, when I first started rapping, he sat down with me, not knowing who the fuck I was, and taught me the basics of freestyling for probably over an hour!

Illestlyrics.com : Yah. Bishop is one of the best lyricists, I have personally heard in a long while. Everybody is looking out for “The Reformation”. The West Coast has been, and is so significant to hip hop. Do you feel any extra pressure to live up to them expectations, as a West Coast artist?

Silas : hahaha…Yes. But i would say more relief, because the powerhouse is on my side (the new west). I can honestly say, that I’m still learning. right? Every artist should be able to evolve. So I get to do my thing, And constantly watch and learn from the foo’s around me. I feel that its only a matter of dedication.

Illestlyrics.com : Definitely. Now, you mentioned, forming up with Guilty. How did this come to be, and what was the current situation of the group when you did.

Silas : Well there was no group, It started the same time i joined. Dopey and I go way back, and he was already into music to some extent. Me and him sat down and talked about forming a group, first thing he said was, I know this dude, Los. Los was already a beatmaker, he had the ear but just hadn’t been out there yet. So for a short time there was only 3 members. We would always talk about our shit around friends, and Sly was the one dude who was always really interested. He had had some past involvement in music as well.So Bam theres Guilty. Then comes Damizza.

Silas : I have known Damizza’s Lil bro Nick for some time. Actually, we go way way back! But Mizz and I had only met a handful of times. Once the shit got poppin, Nick called up his older bro, a
nd said “Yo, my homies got this rap group,Check um out”. So Mizz was kind enough to sit and listen to our shit.

Silas : Those are basically the roots.

Illestlyrics.com : Interesting. Are “Guilty” currently working on any projects?

Silas : Hell Ya! This Month, On the 24 “No Contest” The Mixtape Will be dropping! I also have the street single for you, “Cause I’m Guilty” Ft Damizza. The Shits a banger. Its got the classic Cali Sound, but with four very different rap styles. Expect to also hear some solo shit, like Los is cooking up some heat with my dudes (Corleone & Fresh)! There’s a lot of shit coming.

Silas : Yup.. And its just a small bite of whats to come. Make sure to bang that shit loud!

Illestlyrics.com : Kids will be waking their parents up with this track. Thanks a lot man. Can’t wait to check that out. You mentioned Los having a solo project coming up. How about you?

Silas : Thats Also in the Works, I called The man Los last night! He’s gonna drop some heat! Like i said man. All kinds of shits about to come out! I also Just talked to the homie Kurse! We got something coming out as well! So expect to hear a Mixtape from me in the near future.

Illestlyrics.com : Alright. Keep us updated. I would love to have a follow up

interview in a couple months. It’s been a great conversation. You have anything else to say, shoutouts?

And be sure to check the homies

Silas : Show us some love!

Exclusive listen to the brand new track of Guilty’s new Mixtape below!

Nas sits down with Hot97 to discuss his album, the release date, marketing, and much more. 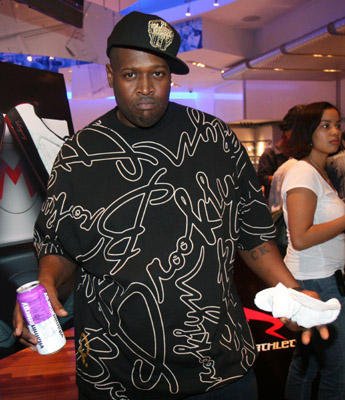 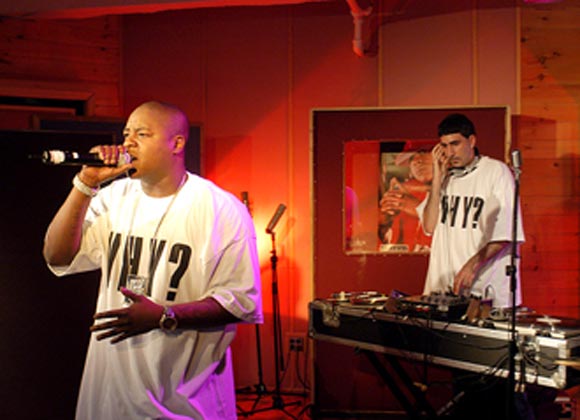 A new Jadakiss interview where he speaks on autotune, his album, the delay, and much more. Download Jadakiss…

Angela Yee snatches an exclusive interview with Eminem, this thursday morning, with the debut of his new single… 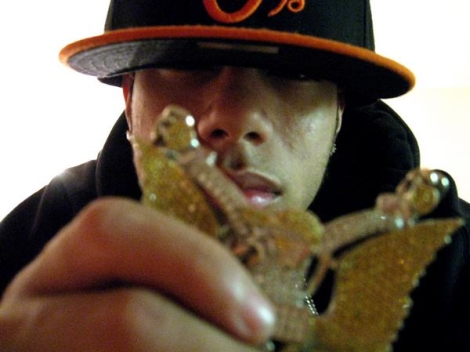 A brief interview with Araab Muzik discusses his prior come up with meeting Camron, Jim Jones, Juelz and…